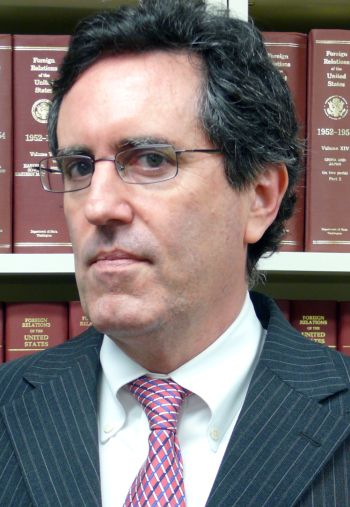 Steven Aftergood directed the FAS Project on Government Secrecy from 1991 to 2021. The Project worked to reduce the scope of national security secrecy and to promote public access to government information.

In 1997, Mr. Aftergood was the plaintiff in a Freedom of Information Act lawsuit against the Central Intelligence Agency which led to the declassification and publication of the total intelligence budget ($26.6 billion in 1997) for the first time in fifty years. In 2006, he won a FOIA lawsuit against the National Reconnaissance Office for release of unclassified budget records.

Making Up My Mind, and Then Changing It, Essay Series on Learning the Scholar's Craft: Reflections of Historians and International Relations Scholars, H-DIPLO, July 13, 2021

What Should Be Classified? Some Guiding Principles, prepared for the Open Society Justice Initiative, May 2011

Secret Law and the Threat to Democratic Government, testimony before the the Subcommittee on the Constitution of the Committee on the Judiciary, U.S. Senate, April 30, 2008

On strengthening the role of the Government Accountability Office in Intelligence Oversight, testimony before a subcommittee of the Homeland Security and Governmental Affairs Committee, U.S. Senate, February 29, 2008